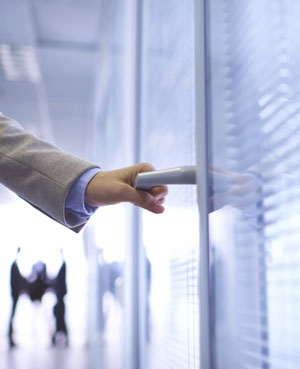 Anvin follows Rapid Application Development (RAD) Methodologies and Delivery Models for developing and delivering applications based on both time and cost. We adhere to the processes defined by SEI-CMMI for application development. All our processes are well defined thus delivering quality products to our clients.

To help solve your business challenge, Anvin adheres to a solid software development methodology, developed by seasoned professionals.We have expertise in developing customized packages to meet the varying need of the costumers with the market growth. Our development methodologies streamline the system study processes to ensure what is required by the client, which is implemented.

As databases are a vital component of nearly every business-critical application, Anvin offers a full range of expertise in designing, integrating and optimizing our clients’ data. Our database technologies include Database Design & Development, Database Support and data Warehousing. We have experience with multiple platforms, database applications and middleware technologies.

We have been providing professional consultancy for corporates who want to establish or re-establish their presence in the market through web based services. We study the company requirements and provide an internet/intranet solution for their activities. This includes a web presence for their corporate , web development, e-commerce solution and maintenance.

Our Business-to-Business (B2B) marketplace provides an interface for buyers and sellers to enable them to exchange their goods or services for payment (or for exchange in kind). It enables the electronic exchange of all the documentation and information necessary to transact business effectively. Online Retailing (also known as B2C, or Business-to-Consumer e-commerce) is basically a Web-enabled interface between your company and your target consumer for selling products and services on the Web, with the facility of online payment.

Anvin has an experienced team of professionals who can create mobility applications as per the client requirements. We have capability in multiple platforms and tools as briefed below:

Android Java – Anvin has over four years plus experience in developing apps for Android Smart Phones and Tablets.

iOS – Anvin has gained immense insight and knowledge in the platform while developing the iOS variant of the Ad streaming player for internet radios.

HTML5, Javascript, CSS – Anvin has vast experience in these technologies and has developed in house apps as well as apps for clients.

Windows Phone – Anvin has been actively developing apps for this platform since the early stages of development. Metal Detector is one of the apps that has got rave reviews from the users.

Java – Anvin has been developing apps in J2ME for Java enabled phones for the last five years.

BlackBerry – We have been working in BlackBerry Java, and its Web runtime, BlackBerry Web Works for the last three years. We have immense experience in developing apps for BlackBerry PlayBook especially using Adobe AIR.

Anvin provides powerful content management solutions and platforms with the latest technologies. We have expertise in development of publishing portals, community portals, etc. Our competency in CMS portfolio include;

Advanced Drupal Configuration for large projects with fast turn around.

The objective is to control the risks associated with those cost, schedule, functional, and technical aspects of the project

Anvin provides touch screen solutions capable of compiling multiple data from multiple sources distribute in a network with touch screen user interfaces. Anvin has successfully implemented such solutions for Indian Railways in different divisions with over 500 touch screens in the network providing information related to train running, reservations and employees to the users. We have touch screen solutions for different segments line hospitals, educational institutions, tourist centers, hotels etc which provides a user friendly tool for the customers to fetch the information they wanted.

RFID (Radio Frequency Identification) can be used to improve an organization’s efficiency in track & trace of its goods and assets. Anvin has expertise in the development of RFID tracking solutions for Asset Management, Jewelry Management, vehicle management and supply chain management. The solution comes with a hand held (PDA) terminal module with flexibility for live or scheduled database synchronization options with the central server.

Anvin has the team who can study the IT related requirements of your organisation and put you in the right track to achieve the organisations objectives and mission with improved and apt IT solutions . Our Consultancy division does this in the most advanced methods to ensure that the client requirements and concerns are addressed with at most satisfaction. We also have the team of professionals who work at the client site to help them execute their projects on a time bound manner. Our team has the unique knack of involving in the team and has been instrumental in the execution of many offshore projects for many IT organizations.